Do you have any ideas for this page? We will be happy to write about things that you do outside school. Why not let us know!

Note to parents: The Maths Calculation Policy is available on the website under "Key Information", "Policies" - remember that strategies learned in previous years are still taught and extended in Year 5.

From all the staff in Year 5 many thanks for all your cards, gifts and best wishes.

Your support has been appreciated through the School Year.

Have a wonderful Summer break.

We were lucky today as we all made pizzas. The base was wraps.

For many of us it was the first time we had cut up vegetables!!

One of the most important tasks was to choose what 3 vegetables we wanted  to go with our cheese, some of us added ham or chirozo to it. Some of us even said it was the first time to taste certain vegetables as they didn't like them before! And guess what, they liked them.

The best bit though was of course the eating, they cooked quite quickly in the ovens and everyone had a smile on their face.

We have been learning many new skills and techniques in our PE lessons recently.

A sunny day welcomed us to Headingley the home of Yorkshire County Cricket Club.

Year 5 enjoyed themselves as they learned the history behind the club and even worked in their classrooms. Well done to Harry B, Taylor and Frankie who won the first quiz of the day. They managed to get all the questions correct, the same as the teachers!

It was a shame the teachers zapper wasn't working correctly!

Then it was time to visit the indoor nets for a variety of cricket related tasks. Some promising batsmen came through.

After lunch, a quick tour of the museum produced another competition, Siobhans team won this time. We then were lucky enough to visit the new pavilion and climb all those stairs to the top for a wonderful view of the ground.  To finish things off we were allowed into the players restaurant for a quick view and then the home teams changing room.

A great day out, 6 6's I believe were given by the children 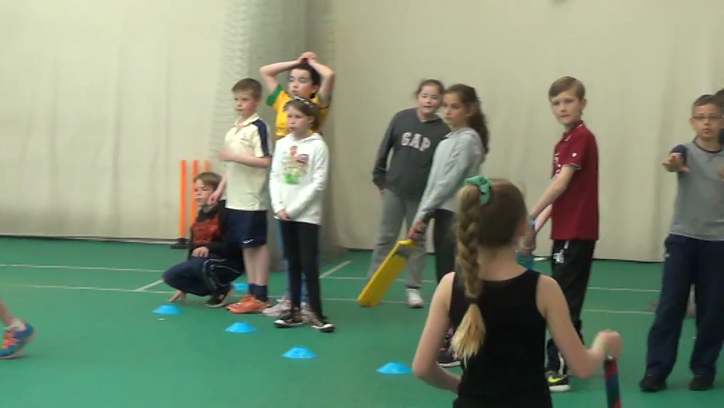 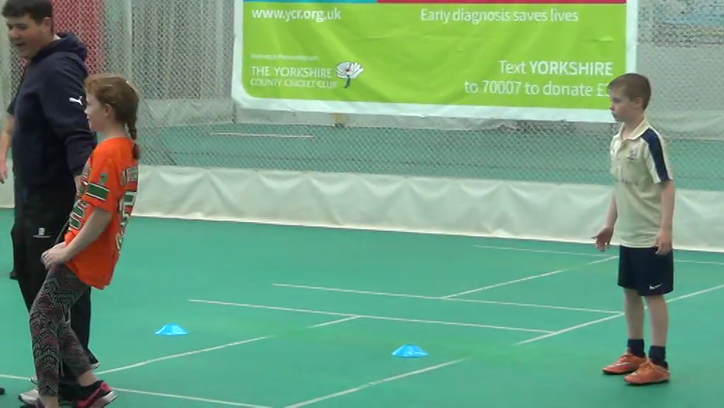 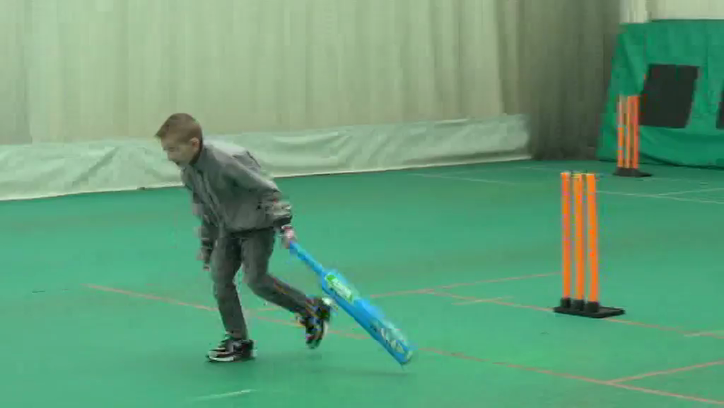 Year 5 girls had a very enjoyable morning over at Cardinal Heenan meeting and listening to leading author Cathy Cassidy who has written many books.

Cathy gave away some of her secrets on how she came up with some of her ideas for her books and one was by day-dreaming in school!  She explained how she brought all her books together in a series and just how her characters progressed.

At the end of the talk Cathy signed her books that the children had purchased.

As you can see the girls listened very carefully and deeply.  Do we have a budding author?

Here are some photgraphs of Year 5's Easter Egg designs. They all look fantastic! The winners will be announced at the end of the week.

Mr Farrell made us all pancakes, we had a choice of fillings to go with them, even fruit!!

Everyone agreed it was a good end to the morning.

A very enjoyable morning was spent at the ice rink down in Millennium Square.

After a short wait everyone donned their safety hats and boots went out to the rink, listed to the instructors and started to have fun.

As you can see everyone had a smile on their face. 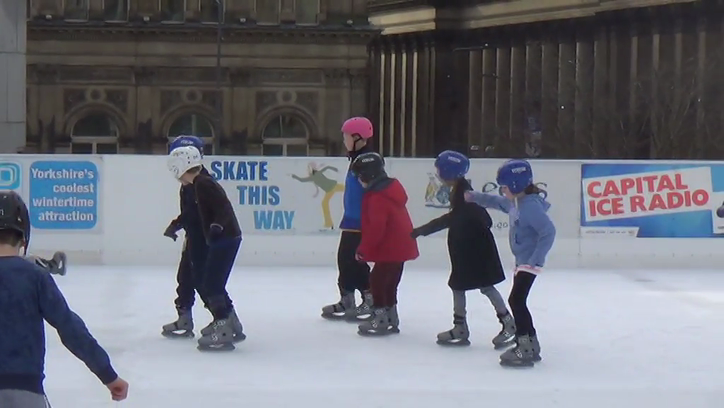 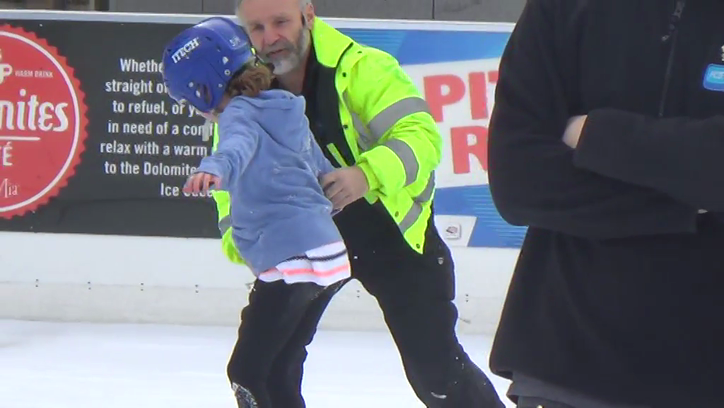 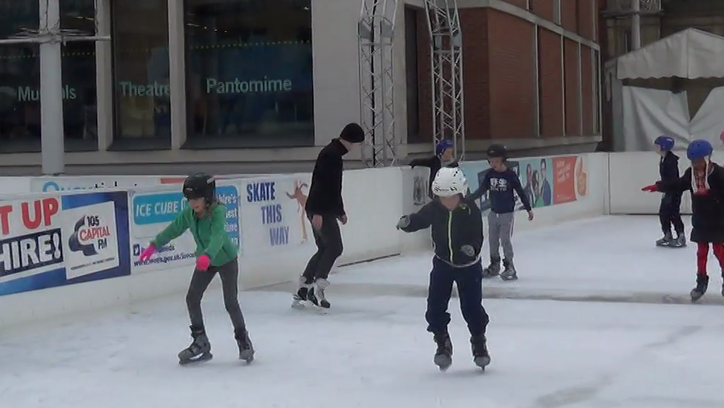 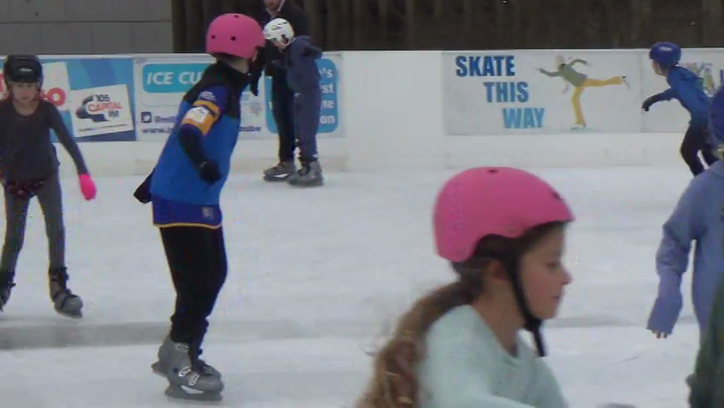 Two members of the Northern Ballet company visited Year 5 and showed the class how to warm up, breathing procedures and then various dance moves so they could put a small performance together.

Well done to the whole class for their participation.

Were there any new Darcey Bussell or Benjamin Millepied's amongst them? Just take a look.

Our history topic this half term has been the Tudors.  The class have all been writing their own play scripts which also included stage directions.  Great fun was had by one and all as they rehearsed and then performed their scripts in costumes brought from home in front of all the class. 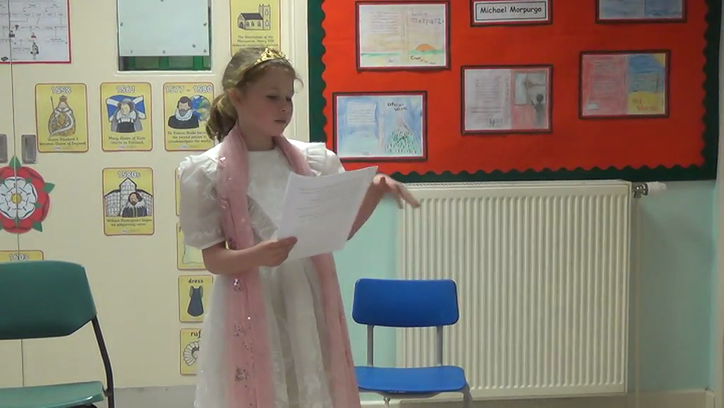 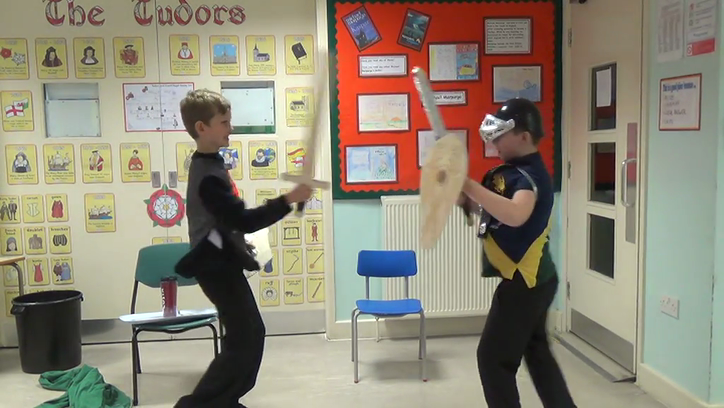 Year 5 had a very enjoyable day at Oakwell Hall which once was owned by the Batt family.  Many interesting facts were learned on our tour of the Hall, how they lived, ate and played in Tudor times.

We even learned how to write using ink and a quill !

Some of the class were asked to dress as either the rich or as servants.  They all look the part.

Spellings for w/c 19th October: NB: these are all plurals so there is no apostrophe

Here's the video we used in class to introduce the topic of fractions and decimals.

The music to this video is performed by Rythm Rhyme Results whose website is www.educationalrap.com. Check them out for more great learning songs!

Find out what disease is often caused by mosquito bites.

Unfortunately not the ones with chocolate chips.

Some cookies are necessary in order to make this website function correctly. These are set by default and whilst you can block or delete them by changing your browser settings, some functionality such as being able to log in to the website will not work if you do this. The necessary cookies set on this website are as follows:

A 'sessionid' token is required for logging in to the website and we also use a 'crfstoken' token to prevent cross site request forgery.

Cookies that are not necessary to make the website work, but which enable additional functionality, can also be set. By default these cookies are disabled, but you can choose to enable them below: