The event was organised as part of the launch of a brand new tag rugby initiative by the Super League. 12 schools from across Leeds were invited to take part and play some tag rugby matches on the same field that the Leeds Rhinos play on.

Each school was given a Super League team to represent, St Urban’s were playing as the Huddersfield Giants. St Urban’s played their first match against Casleton Primary (Toronto Wolfpack) and drew 3:3. In the second game they drew again, this time against Greenhill Primary (Warrington Wolves). In the final match St Urban’s were victorious against local rivals Allerton C of E (St Helens).

As part of the fun-filled event the children were able to have their picture taken with the 12 captains from each of the 12 Super League teams. 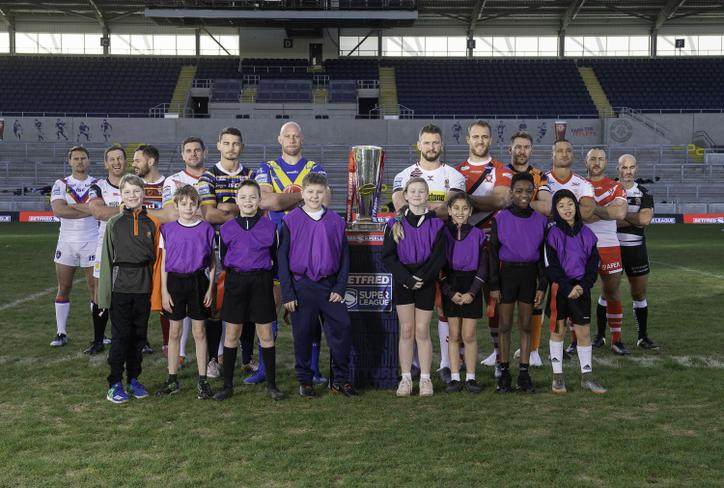 Year 5 attended the Leeds North Heats of the Yorkshire Dodgeball Cup. They played extremely well winning 2 out of 3 matches and narrowly missing out on a place in the finals by 2 points. Well done!