The netball team return to training ready for the start of their Spring league. 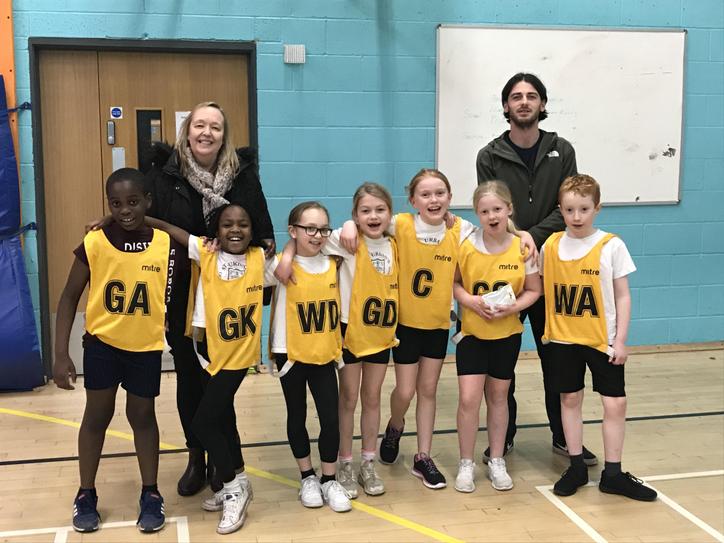 Year 4 Netball Give It A Try Event

The event, organised by the Leeds Rhinos Foundation, allowed children to participate in a non-competitive setting to give netball a try and learn the rules.

of the four matches St Urban’s played they won two and lost two.

Well done to all involved

The netball team took on St Augustine’s in a three match extravaganza on a wet a blustery Monday afternoon.

In the first match St Urban’s were victorious in a close game 2:1. The following game saw St Urban’s win 4:2 in a more convincing victory. In the final game St Augustine’s grew in confidence resulting in a 1:1 draw.

A great eat set of results in some rather awful conditions.