Composers of the half term

As part of each period of musical history, we will learn about and listen to the music of three key composers of the era. These are also listed on the above document.

Romantic music came into its own at the beginning of the 19th century. Music from this era sounds almost boundless and free from any limitations of form. Much of this music is meant to describe something, perhaps a scene in nature or a particular feeling. It is about trying to express strong feelings in music.

The whole reason for writing the music is also different. Earlier music, such as baroque music or music from the classical period was often written for the church or simply for entertainment. If this music happened to express feelings as well, then all the better! On the other hand, many romantic composers were not too worried about entertaining (or the church for that matter). They simply wrote their music to express their feelings, and that was it. The audience was left to take it or leave it! 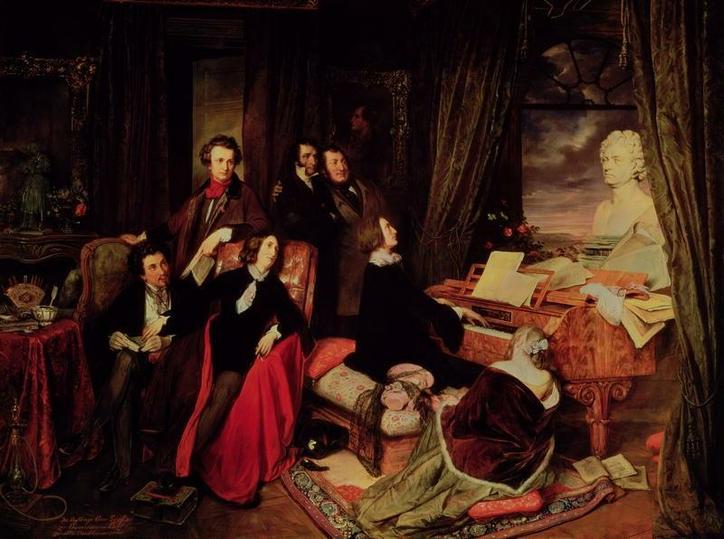 Frédéric Chopin was one of the greatest pianists of his day. Chopin was born in a town just outside of Warsaw, Poland. His mother introduced him to the piano; by the time he was six, Chopin played extremely well and was starting to compose. He gave his first concert at the age of eight.

Chopin was never healthy, and he was only thirty-nine when he died of tuberculosis. When he was buried - in France - a special box of earth was brought from Poland to sprinkle on his grave. But Chopin's heart is in Poland - literally. His heart was put in an urn and taken to the Church of the Holy Cross in Warsaw.

No other composer could play the piano like Chopin. His performances showed exceptional tenderness, happiness and boldness.

Franz Liszt was born on October 22, 1811 in Hungary. His father, Adam, played cello in the Hungarian court

orchestra, and he often played the piano at home. When Franz was six, he began to listen closely to his father’s

piano playing, and began taking lessons from him at seven. Franz began composing and performing in public when he was eight years old.

Liszt was the first person to give a piano recital-a concert that featured piano music exclusively. In fact, Liszt spent most of his life travelling around Europe giving piano recitals. He often appeared in concert three or four times a week, and it is estimated that he gave over a thousand public concerts in eight years!

Liszt was a wonderful pianist and an exciting performer. When he played, he tried to make the piano sound like an entire orchestra. Lisz 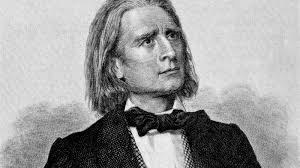 t’s performances were so exciting that they made audiences hysterical-just like the Beatles or Elvis, but many years earlier.

Liszt died of pneumonia when he was 74 years old. He is remembered as one of the greatest piano players of all time.

Giuseppe Verdi (Joe Green, in English) was born into a family of small landowners and taverners in Italy. When he was seven he was helping the local church organist; at 12 he was studying with the organist at the main church in a nearby town and in 1829 became assistant. He already had several compositions to his credit. In 1832 he was sent to Milan and was refused a place at the conservatory, but he studied with a composer and former musician. 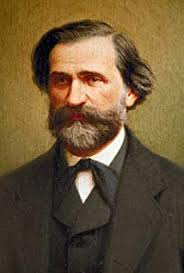 ch are like musical dramas that tell stories. His works were known for their strong, sad stories, vigorous orchestral styles and serious drama.

Verdi spent his last years in Milan; rich, authoritarian but charitable, much visited, revered, and honoured. He died at the beginning of 1901. 28,000 people lined the streets for his funeral.

The term 'classical' is often used to describe music that is not rock, pop, jazz or another style. However, there is also a Classical era in music history that includes compositions written from about 1750 to 1830.

Franz Joseph Haydn was the most famous composer of his time. He helped develop new musical forms, like the

string quartet and the symphony. In fact, even though he didn't invent it, Haydn is known as the "Father of the Symphony." 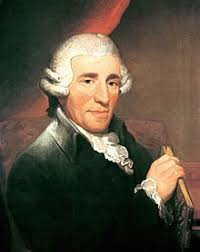 Haydn was born in the tiny Austrian town of Rohrau, where his father

made huge wooden carts and wagonwheels. His mother was a cook.

He preferred to be called 'Joseph', rather than 'Franz'.

When he was 8, Joseph went to Vienna to sing in the choir at St. Stephen's

Cathedral, and to attend the choir school. His younger brother Michael

joined him a short time later. Joseph could never resist a playing a joke,

which got him in trouble at school. Since Michael Haydn was much better

behaved than his brother, everyone thought he would be the more

Wolfgang Amadeus Mozart was born in Salzburg, Austria, where his father Leopold was a violinist and
composer. Wolfgang was a child prodigy. He composed his first piece of music at age 5; he had his first piece

published when he was 7; and he wrote his first opera when he was 12. By the time Wolfgang was 6, he was

an excellent pianist and violinist. He and his sister Maria Anna traveled all over Europe performing for royalty. 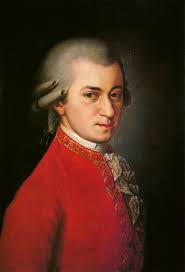 When he grew up, Mozart moved to Vienna, and tried to earn a

living as a pianist and composer. But he had a lot of trouble

handling the fact that he was no longer a child prodigy. Mozart

was still a musical genius, but after he stopped being a cute kid,

people stopped making a big fuss over him. Back then, musicians

were treated like servants, but Mozart did not, and could not think

of himself as a servant.

Mozart was only 35 when he died. During his short life, he composed in

masses, and chamber music. Today, he is still considered a genius!

Mozart- Clarinet concerto in A

Ludwig van Beethoven was born in Bonn, Germany. His father, who was a singer, was his first teacher. After a

while, even though he was still only a boy, Ludwig became a traveling performer and soon he was supporting his family. 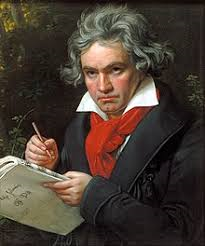 Beethoven was known as a brilliant pianist. But when he was

around 30 years old, Beethoven started going deaf. Even though

he could no longer hear well enough to play the piano, Beethoven

composed some of his best music after he was deaf!

Beethoven is considered one of the greatest musical geniuses who ever

lived. He may be most famous for his nine symphonies, but he also

wrote many other kinds of music: chamber and choral music, piano

music and string quartets, and an opera.

Beethoven- Symphony no. 1 in C major

The period called 'Baroque' in music history extends roughly from 1600 to 1750. Baroque music is tuneful and very organized and melodies tend to be highly decorated and elaborate. Conflict and contrast between sections in a piece and between instruments are common, and the music can be quite dramatic. 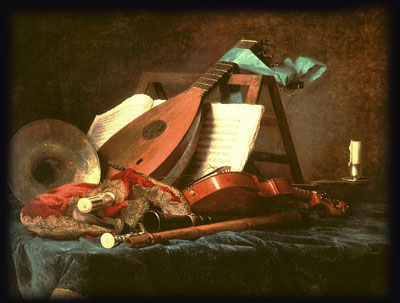 Johann Sebastian Bach was born in Eisenach, Germany in 1685. As a child, Bach's father taught

him to play violin and harpsichord. Johann Sebastian Bach died in 1750. Bach was not appreciated during his own lifetime and was considered an "old-fashioned" composer. Today, Bach is considered to be one of the most influential composers of all time. In fact, he is now such an important composer that the year of his death is a

defining point in music history. It marks the end of the Baroque Era. 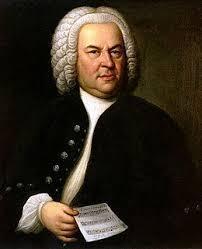 Antonio Vivaldi was born on March 4, 1678 in Venice, Italy. Antonio's father, Giovanni Battista, a barber before becoming a violinist, taught young Antonio to play the violin and then toured Venice playing the violin with him.

Vivaldi's music is joyful, almost playful, revealing his own joy of composing. In addition, Vivaldi was able

to compose non-academic music which means it would be enjoyed by many people rather than just college professors. It was these qualities that made Vivaldi's music very popular.

Vivaldi's The Four Seasons, composed in 1723, is a set of four concertos for violin. It is his most popular work and is among the most popular works of the Baroque Era. For this composition he wrote sonnets to match each season. 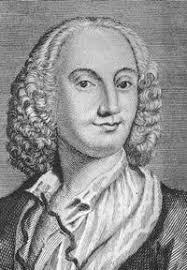 George Frideric Handel was born on February 23, 1685 in the North German province of Saxony in the

same year as Baroque composer Johann Sebastian Bach. George's father wanted him to be a lawyer even

though music captivated his attention. His mother, however, supported his interest in music and he was

allowed to take keyboard and music composition lessons. His aunt gave him a harpsichord for his
seventh birthday which Handel played whenever he had the chance.

In the summer of 1717, Handel premiered one of his greatest works, Water Music, in a concert on the

River Thames. The concert was performed by 50 musicians playing from a barge positioned closely to the royal barge from which the King listened. It was said that King George I enjoyed it so much that he requested the musicians to play the suite three times during the trip!

By 1740, Handel completed his most memorable work- the Messiah. It is said that when the king first heard the "Hallelujah Chorus" he rose to his feet. This tradition continues today. 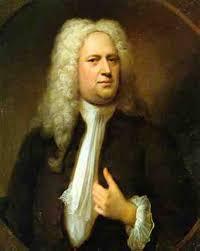 Handel- Music from the Royal Fireworks

'Renaissance' is the French word for 'rebirth'. The period of music history from around 1400 to the early 1600s that coincided with a revival of interest in art, architecture, literature, and learning throughout Europe. With this period, a new, more complicated type of music was born. This music featured a far broader range of harmonies and structures.

Although music in the Renaissance period was still mainly written for use in churches, towards the later end of this era, music was no longer just written with a religious focus but dramatic works and the very first operas. 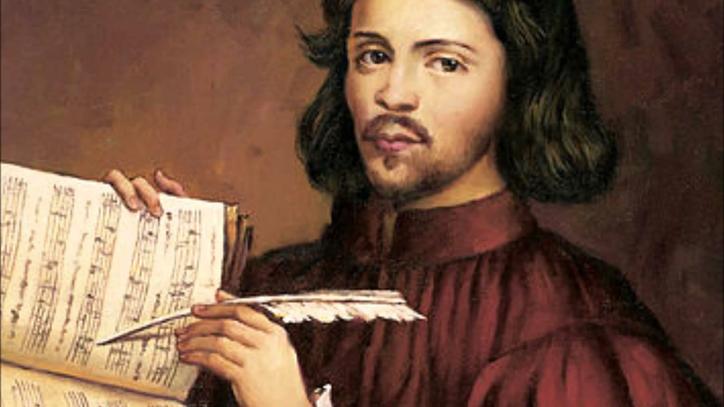 Thomas Tallis was one of the greatest early English composers who was born in Kent in 1505.He was a Catholic, and remained so, even though this was not allowed by some Tudor kings, such as Henry VIII. Most of his music was, for this reason, written for the church. Almost all of his music was written for singing voices- with no instruments playing at all. In fact, one of his most famous pieces, 'Spem alium' is written in 40 parts, meaning you need at least 40 voices to sing it!

For the last ten years of his life, Thomas and another key composer of this period, William Byrd, were the only composers who were allowed to print music in England!

Thomas Tallis- If ye love me

William Byrd was a famous English Renaissance composer who studied music with Thomas Tallis. He had seven children and was organist and choirmaster of Lincoln Cathedral. William became the favourite composer of Queen Elizabeth 1 and was, for this reason, allowed to be the only composer, along with Thomas Tallis, to publish music in England.

Byrd was a hard-working composer who worked tirelessly on songs and organ pieces for the church. He later composed works for violin groups and dances. In his later years, William was still working hard, making sure his collection of compositions were preserved and published in new editions. 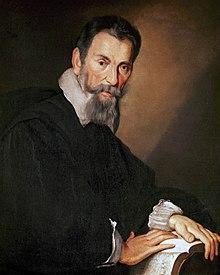 Claudio Monteverdi was born in Cremona in Italy and he was composer of some of  the very first operas. Claudio Monteverdi began his musical life as a choir boy. He studied music and published several books of his compositions when he was very young- some of his most famous books