A much needed victory for the St Urban’s Girls and one that was thoroughly deserved.

The team settled into the game very quickly and dominated the possession, yet they were unable to deliver the killer blow and find the back of the net. Bramhope never really threatened and a few minutes before half time a fabulous strike from Anya Walsh saw the deadlock broken.

In the second half St Urban’s were again the more dominant of the two teams with goalkeeper Megan Bryant not having much to do. Her opposite number however was kept very busy. A combination of great saves and lack of composure in front of goal from the St Urban’s players saw the scoreline stay the same.

A great opportunity missed by St Urban’s to create a much stronger goal difference for themselves against a weaker team. Chances must be taken against stronger teams in the future. However, there were many positives with the girls playing some great passes and creating lovely link up play as well as putting in some strong, determined tackles. 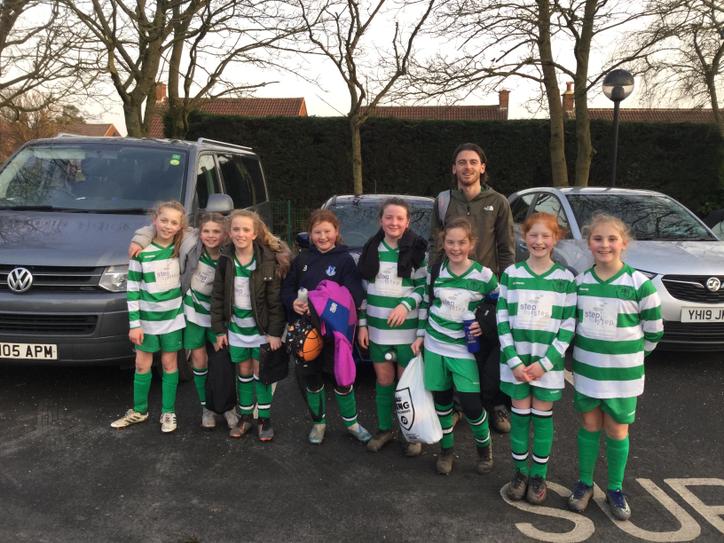 St Paul’s were victorious in a very closely fought and physical league encounter. St Urban’s gave it their all but unfortunately lost 3:2 away to their local rivals on a bitterly cold afternoon.

The two sides had met in the St Urban’s home fixture at the very start of the year and that ended in a comfortable three nil victory for St Paul’s. This time St Urban’s were looking to gain a bit of pride back against a very good yet one they were capable of beating.

The first half got off to the worst start possible as St Paul’s were 1:0 up in the space of a minute. However, this did not phase the St Urban’s team who were determined and showing their physicality all across the pitch. This paid off as by half time the game had been turned on its head thanks to goals from Finn Routh and James O’Rourke to give St Urban’s a 2:1 half-time lead.

The second-half carried on in much the same way as the first with flowing end to end football leading to both defences having to work hard. Not long into the half and St Paul’s were level. Both teams created many more chances but it was St Paul’s who managed to find the net for a third time.

St Urban’s, despite coming close, could not find an equaliser and the 3 points belonged to St Paul’s.

The team should be very proud of the football they played along with the hard work and resilience that they demonstrated. 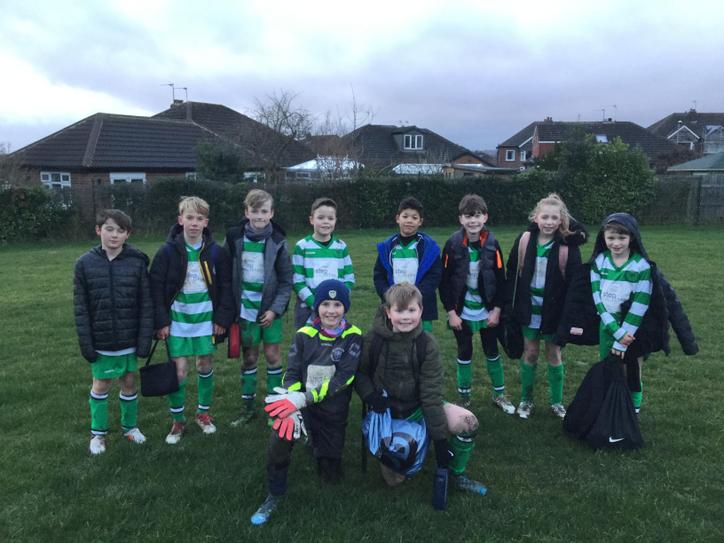 The qualifying round was made up of 3 groups with the top team from each and the best runner up going through to the semi-final and final on the day. The winner would secure a place in the grand finals.

St Urban’s got off to a slow start and couldn’t really get into the opening game. A lucky shot saw them lose the game one nil.

In an extremely hard group containing the high-flying St Margaret’s C of E Primary from Horsforth, St Urban’s were now really up against it. They lost their second game and with it any chance of qualifying.

In the third and final game the St Urban's girls showed their talent and what they could do. They were playing much better football and ran out 2:0 winner against Southroyd Primary.

All in all the St Urban’s team were a little unlucky. However, based on their final performance, with a little more effort, they should have no problem bouncing back to winning ways.

In the first game, St Urban’s played very well in a game that was end to end. Holy Family took an early two goal lead but St Urban’s fought back to go into half time losing 3:2.

The second half saw another very competitive battle take place. At one point, all the hard work from St Urban’s paid off and they were level at 4:4 but unfortunately Holy Family were too strong in the end.

The second game against St Phillips saw a much stronger and well-rounded performance from St Urban’s Their early dominance saw them take a 4:0 lead into half-time. The match finished with a great St Urban’s victory and their first of the season.

All of the children can be very proud of both of their performances, they worked hard and put into practice the things that had been worked on in training.

Under 11s Road to Wembley Tournament

The Under 11s attended the Road to Wembley tournament at Leeds Football World and we’re extremely unlucky to miss out on qualification by just one goal.

The top top team from each group went through to the finals at Thorp Arch. St Urban’s and Carr Manor both finished with the same points as joint leaders of their group. However, it was Carr Manor who progressed having scored one more goal than St Urban’s giving them a better goal difference and qualification on the narrowest of margins.

The team can be proud of the football they played and were unlucky on the day. 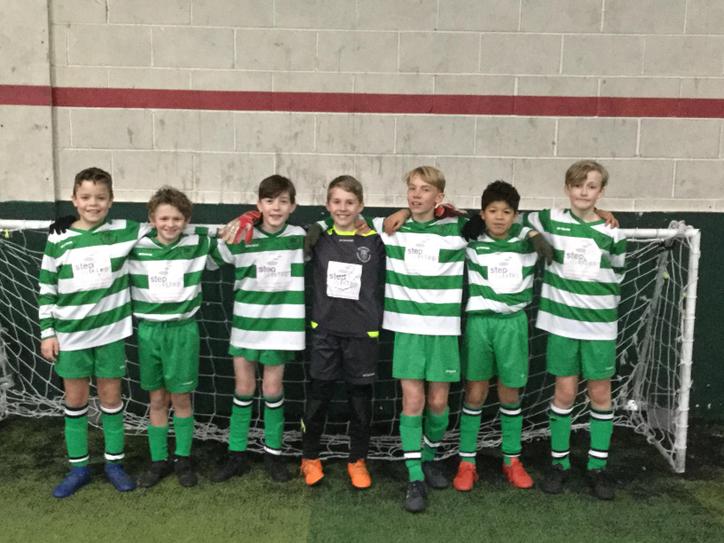 St Urban’s finished 4th in the tournament and were unfortunately outplayed on the day. However, it was a great experience for the children and a chance to put into practice some of the techniques  learnt at football training. 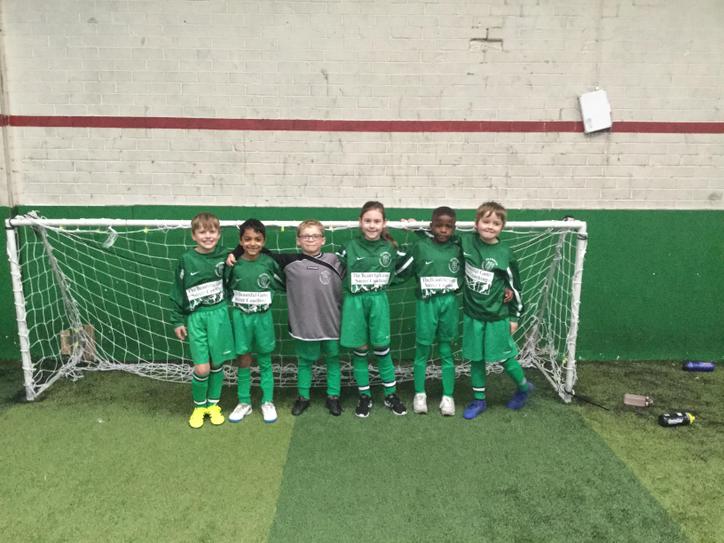 The Under 9s took on Weetwood Primary and despite the heavy defeat kept fighting until the end.

For many St Urban’s players this was the very first competitive football match they had ever played.

Weetwood Primary on the other hand were very experienced. This experience showed and they took an early lead, dominating from there on in. St Urban’s battled hard until the end but unfortunately couldn’t find a goal which would have been the least they deserved.

All of the children can be very proud of the way they handled themselves and didn’t let their heads drop despite the result. 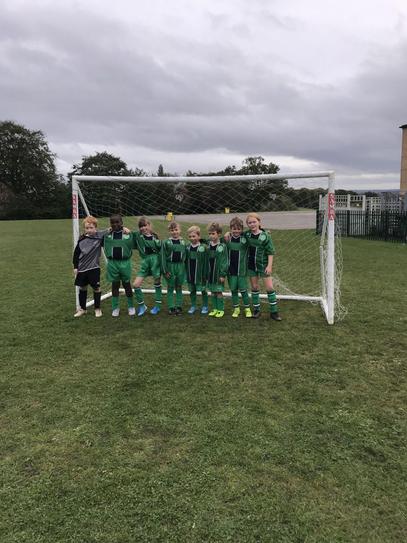 The final was again a close game. St Urban’s had most of the ball but couldn’t find the right pass in the final third to give them the edge. Gledhow managed to soak up the pressure and hit St Urban’s on the counterattack. Elena McBrearty, who had kindly volunteered to play as goalkeeper so St Urban’s could field two teams, was alert and ready to be called on to save the team when needed. On one counter, Gledhow came close to scoring, rattling the ball against the post. However, with time quickly running out it was a deflected shot that Isabella Rankin that squirmed its way into the goal to give St Urban’s victory.

It was a great all-round performance from all the girls involved in representing the school, especially those playing in their first ever football match for St Urban’s. 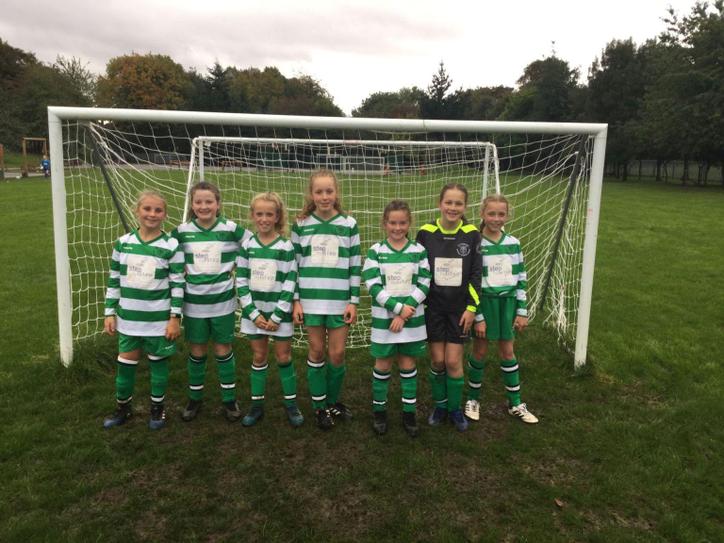 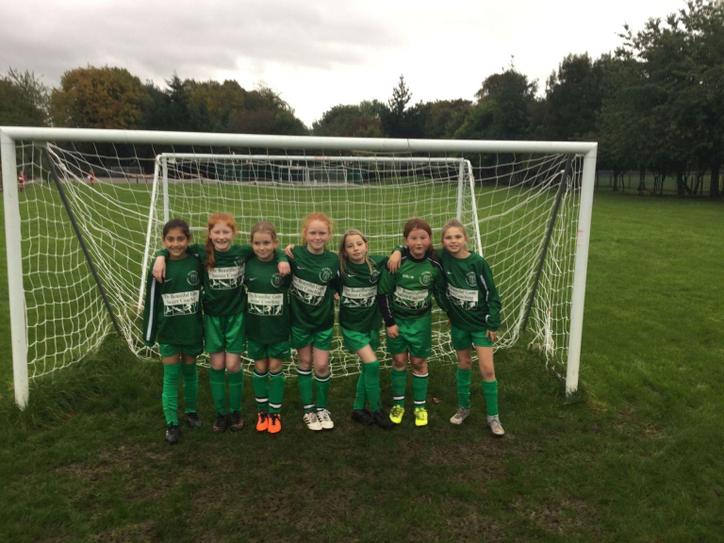 A new season, a new look team and a chance to defend the league championship St Urban’s won last season. Their first match was against local rivals St Paul’s who unfortunately managed a 3:0 victory.

The first half saw a rather miserable and lacklustre performance from St Urban’s that resembled the terrible weather conditions on the Cardinal Heenan playing fields. St Urban’s struggled to keep hold of the ball and put and passages of good play together. St Paul’s on the other hand, who had seen their Under 10’s league champions step up to under 11’s level, dominated most of the play and possession.

In the second half, St Urban’s came out much stronger; they created several clear-cut chances but sadly could not find the net. Then through an unfortunate couple of defensive errors, St Urban’s found themselves three nil down and with the game out of reach.

The team had shown a lot more fight and desire in the second half and if they can muster up performances like that for 40 minutes then they will surely be back to winning ways soon. 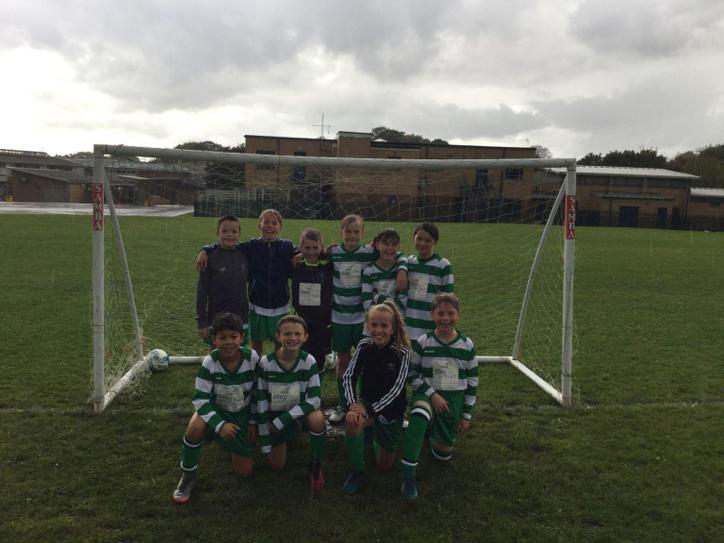